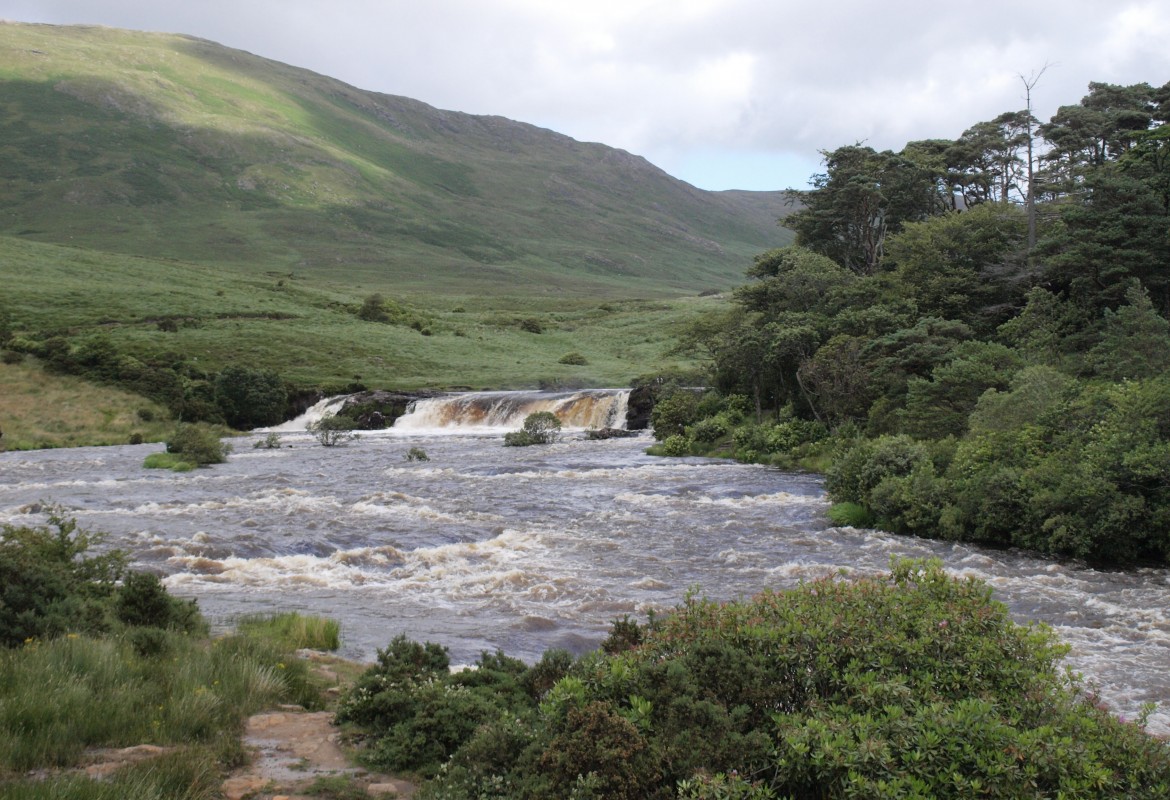 Travel Writer, Mayo: “Because it wasn’t vineyards and bistros we initially had a feeling of being hard done by. We were, of course, entirely wrong.” “Blind Harbour’s secret beach within a beach, reached by clambering through a small cave, still gave me a thrill and brought me back to boogie boarding on wooden surfboards (purchased in Cornwall in the 1950s) and cartwheels and handstands on the sand to warm up after.”

Last summer, trying to save money, we ditched our plans for a continental holiday and exchanged Bordeaux for Belmullet, pretty much as far west as you can go without falling into the sea. All my childhood holidays were spent here, and in introducing my husband to my favourite places my love of the bare, bleak but utterly beautiful Mullet peninsula and its surrounds was fully renewed.

There is plenty to keep one occupied – from kayaking past Benwee Head, to golf at the Carne Golf Links; from the Céide fields (where my mum, despite the fact that it was snowing, still made the guide take us on the tour…) to hill walking, deep sea angling and salmon fishing – being outdoors is mainly what Belmullet and North Mayo is all about. But it is the beaches that I love best – at Little Cross we paddled in rock pools, direct descendants of the ones I swam in as a little girl, and on Big Cross we indulged in my ancient family pastime of collecting Cowrie shells – delicate brown and pink ribbed miniature conch shells that always filled a glass decanter on the range, in the Victorian dining room at home. As always, concentration was total, the competition intense.

We went skinny dipping because – despite the fact that it was bloody cold – how could we resist those huge Atlantic breakers and the crashing surf? Of course I got caught and ended up flashing at least 3 people walking their dogs while my husband hogged the only towel and laughed his head off. (I told my Granny this only to be completely outdone by her story of how, skinny dipping off the coast of Antrim in the early 1940s, two of her friends were somewhat disconcerted when up popped a periscope…shortly to be followed by the submarine it was attached to; after which the sailors emerged and gave them a round of applause).

And we collected mushrooms – chasing across the headland at Blind Harbour with great whoops of delight, like my father and grandfather had done before us (apparently my grandfather would frequently come to a screeching halt and then simply abandon his car if he caught so much as a glimpse of a creamy white cap). When I was little my skirt turned bucket for the haul but this time we had sensible plastic bags. Blind Harbour’s secret beach within a beach, reached by clambering through a small cave, still gave me a thrill and brought me back to boogie boarding on wooden surfboards (purchased in Cornwall in the 1950s) and cartwheels and handstands on the sand to warm up after.

Back at the cottage, situated right at the head of Carrowmore Lake, Joseph produced the most beautiful lino print of his mushrooms before we took them down to the water’s edge, built a little fire, and fried them to perfection with garlic, butter and bacon. As a child I didn’t like the taste of mushrooms, only the hunting of them, but as an adult those soft velvety brown gills were like manna from heaven as we huddled round the frying pan and wished we’d put another jumper on.

Cloudy skies, hats and coats in August, trying to see Achill from Blacksod Lighthouse while having a picnic in the car in the lashing rain, swimming until you’re numb, remembering you left the keys at home when already half way across the country… because it wasn’t vineyards and bistros we initially had a feeling of being hard done by. We were, of course, entirely wrong.

Ireland’s 100 Best Places to Stay – and they're surprisingly affordable