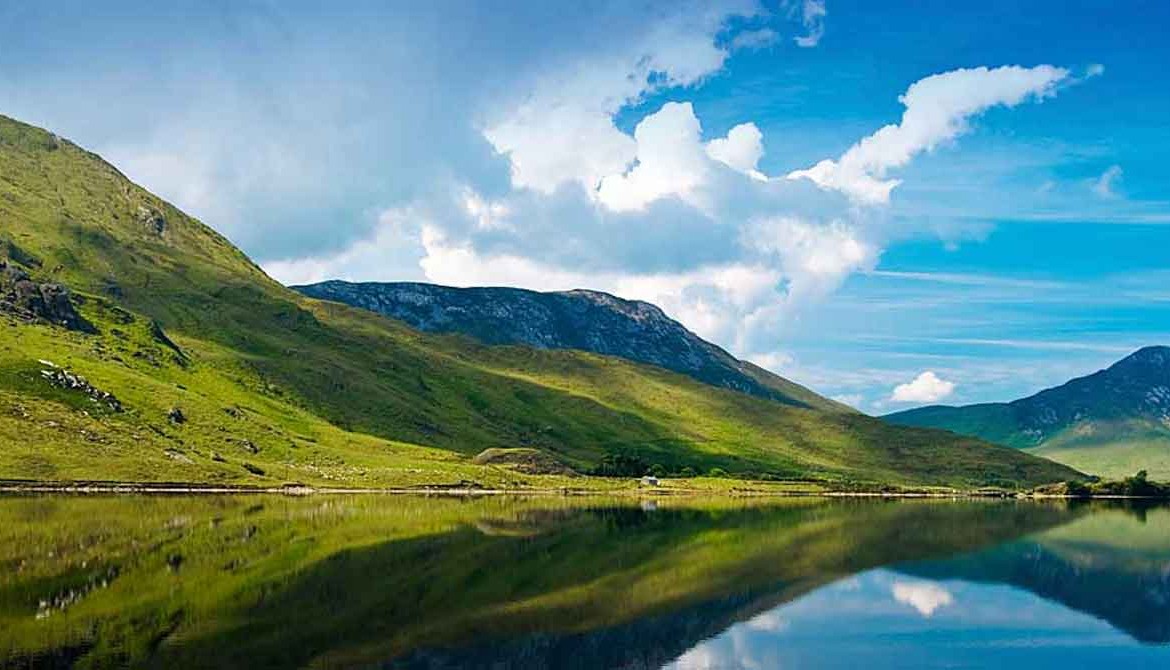 Find out why Sarah Jessica Parker keeps coming back

It sounds like a cliche, but South West Donegal is truly a hidden gem.

Sarah Jessica Parker and hubbie Matthew Broderick have been coming to this unspoilt region to escape the glare of the paparazzi for over a decade – and from the minute we arrived, we could see why.

From its rugged, beautiful scenery to its delicious seafood and unrivalled traditional craft fare, you’d be hard pressed to find a more magical Irish getway.

Father and daughter team Martin and Marguerite Howley have run this charming little hideaway since 2002.

Quaint comfortable and homely, Castle Murray House is the perfect destination for a romantic getaway.

Surrounded by bright green fields with quaint low cobbled walls running down to the sea, it boasts mesmerising views of Slieve League and the highest sea cliffs in Europe.

4pm: Take a drive to St John’s Point and the Lighthouse

Only a stone’s throw away from Castle Murray House, we made our way by car to St John’s point.

Along the way we stopped off at a stunning beach known simply as ‘Tra Ban’ to locals where – if you’re lucky – you can spot basking sharks and minke Wales.

We spotted neither but had fun skimming stones.

As we drove towards the lighthouse where the Wild Atlantic Way ends, it felt like we had reached the edge of the world.

The point itself is at the end of a narrow peninsula which juts into Donegal Bay, south of the village of Inver.

From here you’ll see everything from standing stones to abbey ruins and twelve ring forts.

The Lighthouse also provides an important service to the fishermen of Southwest Donegal.

There are records of hand weaving in Ireland dating back as far as the 12th century and reports of us exporting weaving to Bologne and Milan in Italy too.

It’s an ancient craft and the Donegal folk are the best in the business.

This was meant to be a quick pitstop, but Cydni was so charismatic we ended up staying for hours.

She told us that her loom was passed down from her father and dated back to 1880.

She had refurbished it after it lay unused in the shed for years.

She said: “I always had an interest in crafts, it’s woven in the same way as Donegal Tweed but I have modified it so I can create different designs.”

“People have a renewed appreciation for individually made crafts rather than mass production and it’s a niche.”

Sarah Jessica Parker is a well known face in the area as her holiday home is in Kilcar just a few kilometres from St John’s Point.

A lover of all things textiles, I had heard that SJP loved to pop in and out of Cyndi’s studio.

But the locals are very protective over SJP and Cyndi was keeping schtum:

“I can’t possibly say, her time here is her private time but she does love the area, yes.”

6.00pm: Stop in Mountcharles for a beverage before dinner

This scenic coastal town is an undiscovered must when visiting the area.

You can’t miss the fine Georgian House known in these parts as the Hall, once home to the Conyngham family, former landlords of the region.

It’s worth popping into the award winning Village Tavern for a pint.

Renowned for live music it’s an Irish experience that will ensure your heart sings.

Even if you don’t choose to stay at Castle Murray House you simply must dine here, it’s a culinary experience.

The restaurant is renowned for its locally-caught seafood, including lobsters which we witnessed dancing about in a tank by the raised, open fire.

Head chef since 1995, Remy Dupuy is famous for his French cuisine with an Irish twist.

He only uses seasonal produce and the Howleys are all about organic.

The house boasts a gorgeous garden, teamed with polytunnel for all kinds of fresh veg and herbs so we found ourselves chowing down on the most delectable micro flowers and fresh veg dug straight from the soil.

I kid you not – the seafood medley I ordered was probably the best I’ve ever had.

I opted for the starter that everyone raves about when they dine here, the Langoustine and Killybegs Monkfish, served with home made garlic butter, gratinated with mozzarella cheese.

If seafood is not your thing, fear not – the grilled prime 10 oz Irish Angus Sirloin Steak is heavenly too.

For desert the Mango Panna Cotta with coconut ice cream, pomegrante foam and pineapple and basil salsa was delish, light and the flavours all complimented each other.

The wine list is extensive too and well priced – we opted for a bottle of Malbec.

After all that divine gastronomy it was time for the leaba.

11.00pm: Get a good night’s sleep at Castle Murray House

The Tra Ban room is located on the first floor with a beautiful window seat to sit on which to take in the breathtaking views of Mc Swyne’s Bay and foothills of Donegal.

As you drift away, happily fed and watered, you’ll be nodding off to the sound of soft ripples from the crashing waves outside – there’s nothing more therapeutic.

9.00 am: Start the day with a hearty breakfast

In keeping with the theme of local produce, what really impressed me about the breakfast here was the absence of a hot buffet.

It’s so refreshing to order your breakfast and know that it’s coming out piping hot and fresh.

I opted for fresh seabass and poached eggs.

I couldn’t stop there of course and afterwards, we indulged in the fresh fruit and home made scones which adorned the fresh continental buffet, with delicious home made jam to boot. Breakfast of champions.

11.00am: Be brave and take a dip along the Wild Atlantic way

We took a drive along the coast in search of the perfect bathing beach and stumbled across Fintra Bay.

I’m obsessed with swimming in the sea and if you are brave enough, taking a dip in the wild Atlantic way will leave you feeling super refreshed.

Unfortunately for me, I donned the bikini and ran into the sea feeling more like Bridget Jones than Pamela Anderson – only to end up getting stung by a weaver fish.

Thankfully, the life guards were on hand to tell me what had stung me – apparently they are quite common in low tide.

I had to bathe my foot in boiling water for an hour – but hey, it all added to the adventure.

My sore foot did not deter me from taking a hike up to see the highest sea cliffs in Europe.

The view from the top was mesmerising – but if you’re afraid of heights one look down and you’d be finished!

Ireland is so lucky to have some of the best natural scenery in the world and this beautiful spot is well worth the hike.

The locals are very protective of SJP and don’t give away any gossip about herself and hubby Matthew Broderick.

However, a waitress in her favourite Cafe Mocklers told us she in fact has two holiday homes in Kilcar – one as decoy, and the other where she really stays when in town.

We also heard that she’s always in Donegal for the Regatta so if you are a Sex and the City fan, you heard it here first.

The Olde Castle Bar & Fish Dock Restaurant Donegal is a landmark building in the centre of Donegal Town.

It stands proudly beside the magnificent 19th century Church of Ireland and under the shadow of Donegal’s most famous historical monument, Red Hugh O’Donnell’s Castle on the banks of the River Eske.

In keeping with my Wild Atlantic Way theme, we ordered the most magnificent seafood platter.

Prawns, lobster, crab meat, smoked mackerel, sea bass, turbot – if it swims, it was on the plate.

Guests from the US have often said the seafood chowder is better than in Cape Cod!

Homeward bound, we left Donegal on a high – seafood has taken on a new meaning.

If you like our ’24 hours in…’ series, check out 24 hours in Carrick on Shannon

Star Wars' is coming back, but should it be a welcome guest on ancient Skellig