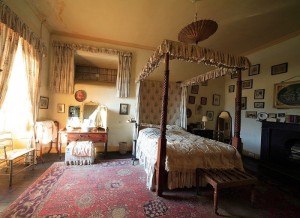 We travel to the Hennigan Heritage Farm and get a glimpse of what life was like for small tenant farmers in Ireland between  the 1870’s  and  1950’s. The story of generations of Hennigans is skilfully interwoven with the History of Ireland touching on the famine and the land wars. In the afternoon we go to Strokestown House and see how the other half lived, this is one of Ireland’s many aristocratic Landlord mansions which sustained itself on the rental incomes from the tenant farmers such as the Hennigans.

On route to Strokestown  we visit Rathcroghan which boasts a multitude of monuments stretching from the first farmers of prehistoric Ireland, to the skeletal remains of a medieval metropolis created by the O’Conor kings of  Connaught. The Kings were inaugurated at the ceremonial centre at Rathcroghan, and the site was witness to the rise and fall of great tribes and dynastic families. Some of these went on to rule the whole island as high kings, ensuring the continuing legacy of this unique complex well into the medieval period and beyond. Overnight in Charlestown 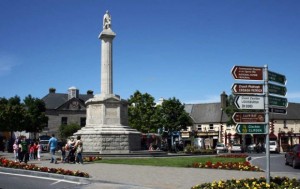 We go to Westport and travel to the Great Western Greenway. The Great Western Greenway is the longest off-road cycling and walking trail in Ireland. The track runs along the disused Westport to Achill railway track, which closed in 1937. It is 26 miles of traffic-free cycling with some of the best views in Ireland. If you feel up to a little light exercise you can cycle a 11 mile or 8 mile section of the route where the  Atlantic Ocean and mountains merge to give you some of the most spectacular scenery in the Country. After your cycle we then travel to Achill Island. The Achill landscape is a major tourist attraction with picture postcard Blue Flag Beaches, some of Europe’s highest cliffs and large tracts of blanket bog sweeping over the island’s two peaks and down to the shore. Overnight in Westport. 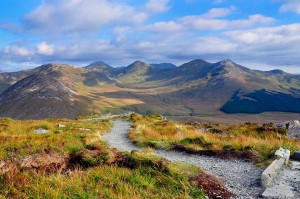 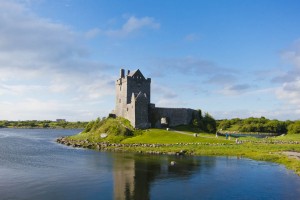 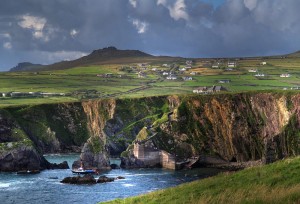 Once cited as ‘the most beautiful place on earth’ by the National Geographic and voted   among the top 100 destinations in the world by Trip Advisor; CNN recently recommended it as a very favourable winter destination; it is listed as one of the top 10 places to be on New Year’s Eve – all of these accolades refer to the stunningly beautiful Dingle Peninsula. The Peninsula, which stretches out into the Atlantic ocean, is the most northerly of the mountainous promontories which forms the indented coast of South-west Ireland. It is particularly notable in its scenery of the mountain and coast and is of interest on account of its antiquities. The peninsula is the location of numerous prehistoric and early medieval remains – for example, the Gallarus Oratory in the very west of the peninsula. In the course of our tour we stop for a stroll on Inch Strand and have a few pints of Guinness in the Pub once owned by the famous Antarctic explorer Tom Crean. Overnight in Tralee 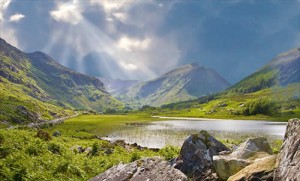